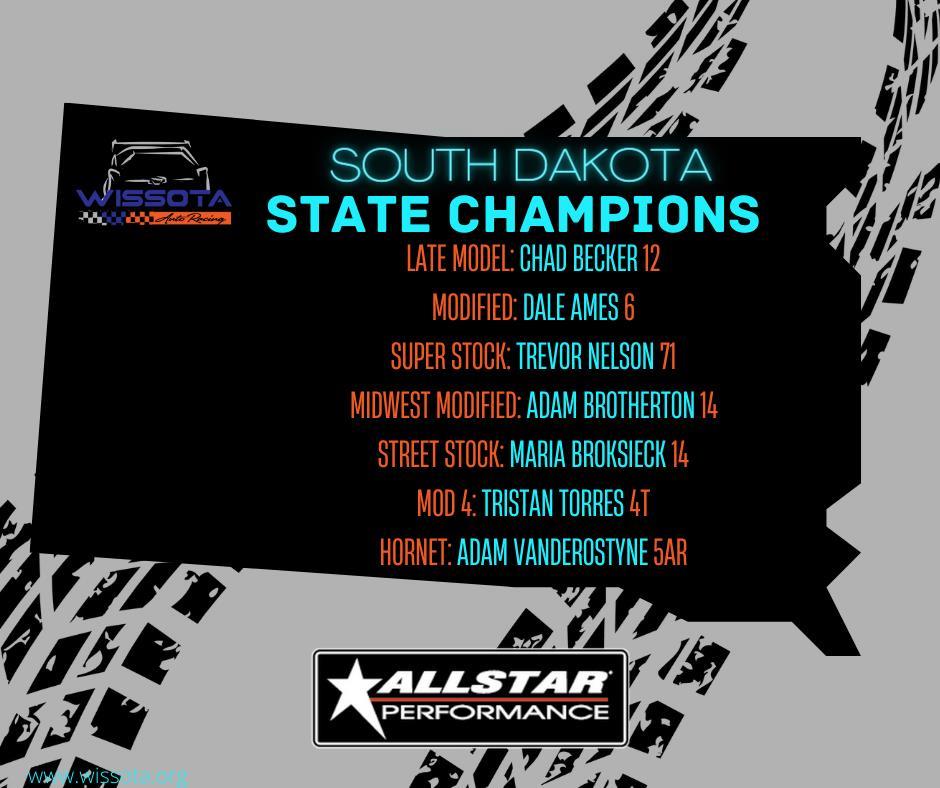 All eight WISSOTA divisions were represented in the Minnesota State Championship standings. Danny Vang recorded three wins in his rookie season and that aided him winning the Late Model title. Shane Sabraski had a tight points battle with Tyler Peterson but in the end, Sabraski finished 8 points ahead to top the Modifieds. Sabraski doubled up as he won the Super Stock Championship as well. Jake Smith recorded 20 feature wins and he took the Midwest Modified title. Kyle Dykhoff edged out Justin Vogel by 10 markers in the race for the Street Stock Championship. The closest race in the Gopher State happened in the Mod Fours, as Dustin Holtquist had 2 less wins than Tommy Bawden, but ended with 3 more points in the final tally to lay claim to the championship. Chad Finckbone won the Pure Stock Championship. Sixteen-year-old Justin Barsness held off a pair of drivers twice his age to capture the Hornet State Championship.

Seven WISSOTA divisions in Wisconsin had drivers take State Championships. One win was enough and it was the consistent finishes for Sam Mars as he won the Late Model Championship. Brandon Copp backed up his 2021 Modified Championship by taking the 2022 title as well. Seven trips to Victory Lane was the key to Terran Spacek taking the top spot in the Super Stocks. Cody Carlson had just three wins, but that was what he needed to be the Midwest Modified Champion. Hunter VanGilder ran second in points at his home track, Rice Lake Speedway, but with a few other races at Red Cedar Speedway and ABC Raceway, he was able to acquire enough points to win the Street Stock Championship. Cory Jorgenson lives in Duluth Minnesota, but the trips across the border to the Badger State paid off as he won the Pure Stock title. Twelve wins in 22 starts helped DeJay Jarecki take the top spot in the Hornets.

Three WISSOTA divisions had State Champions in North Dakota. Brody Toftgruben only won two Late Model Features, but only twice in his 21 races he didn’t finish in the top ten as Toftgruben took the state title. Jory Berg won the Track Champion at Devil’s Lake Speedway and that helped him to be the top Midwest Modified driver in the Peace Garden State. Kasey Ussatis ran 34 races at several different tracks and those miles on the road paid off handsomely as he won the Street Stock Championship.

Four WISSOTA divisions of racing crowned state champions in Montana. Rayce McCord took home 4 wins on the season, plus the Track Championship at Electric City Speedway on his way to be the top Late Model driver in the state. Jon Tribble only had one win on the season, but finished in the top 10 in every of his 20 starts on the season taking the state Super Stock Championship in Big Sky Country. Daniel Nichols made the jump from 5th in Midwest Modified state point standings in 2021 to 1st in the 2022 state point standings. Eleven wins helped Cory Craver to get the 1 point he needed to edge out Robert Petroff to lock down the Street Stock State Championship.

Four WISSOTA divisions make up the Canadian Provincial winners list. Scott Greer won the Track Championship at his home track, Victory Lane Speedway in Winnipeg and that helped him to win the Canadian Late Model Championship as well. Tony Caissie had two wins and 19 top ten finishes in 20 starts as he went on to take the Canadian Modified Championship. Cole Chernosky had a perfect season, winning 14 of 14 Super Stock races at Thunder City Speedway in Thunder Bay on his way to taking the title in The Great White North. Brandon Rehill recorded a dozen wins on his way to claiming the Midwest Modified Championship. 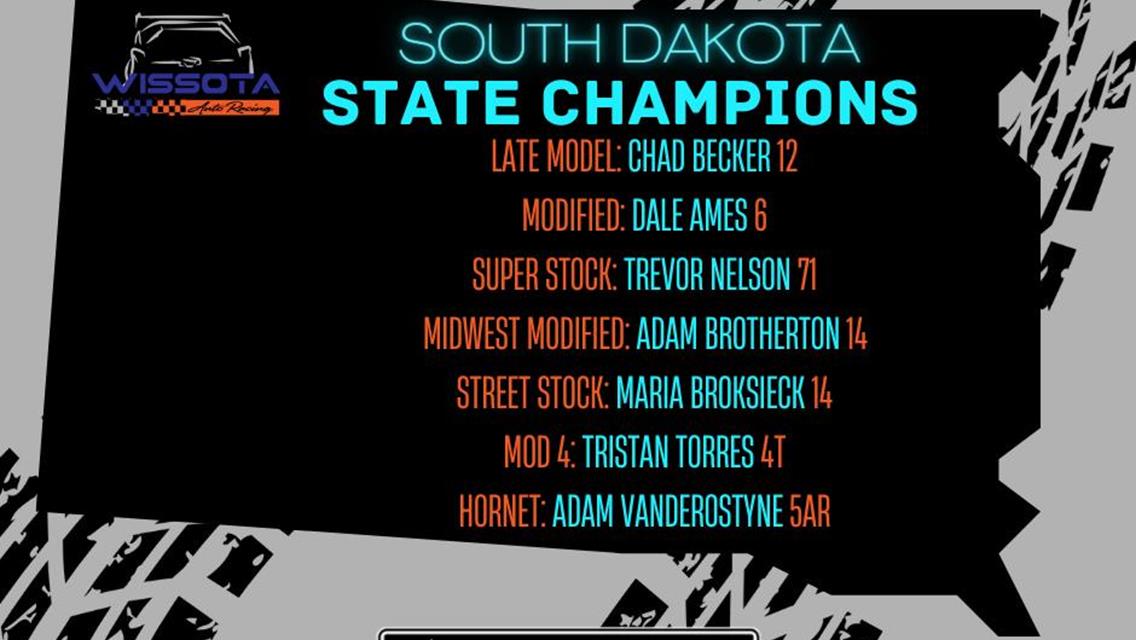 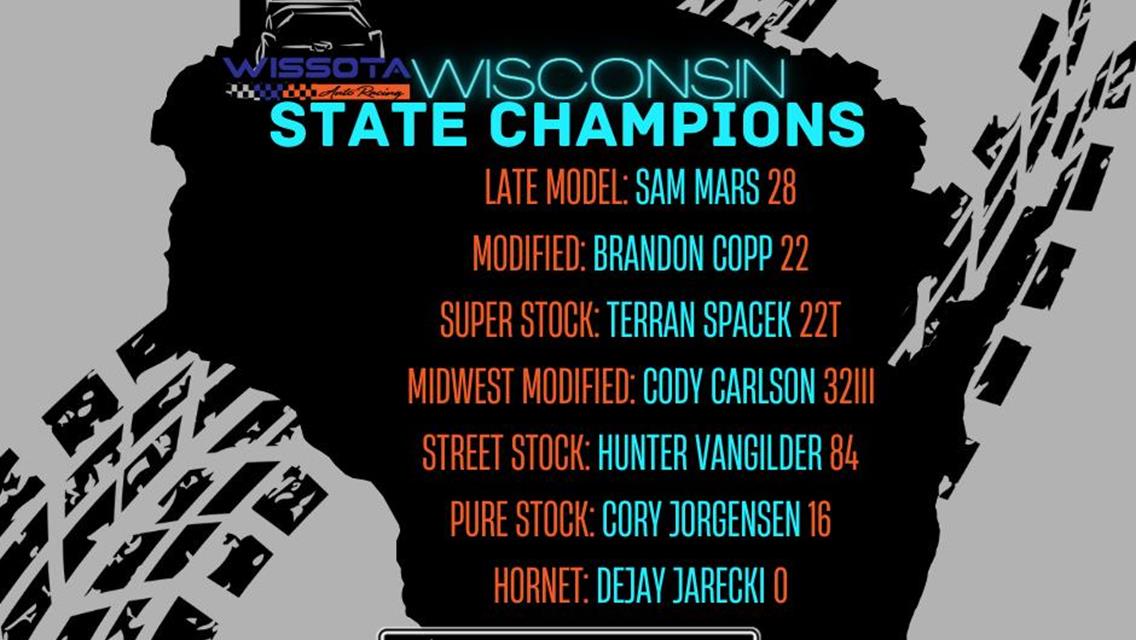 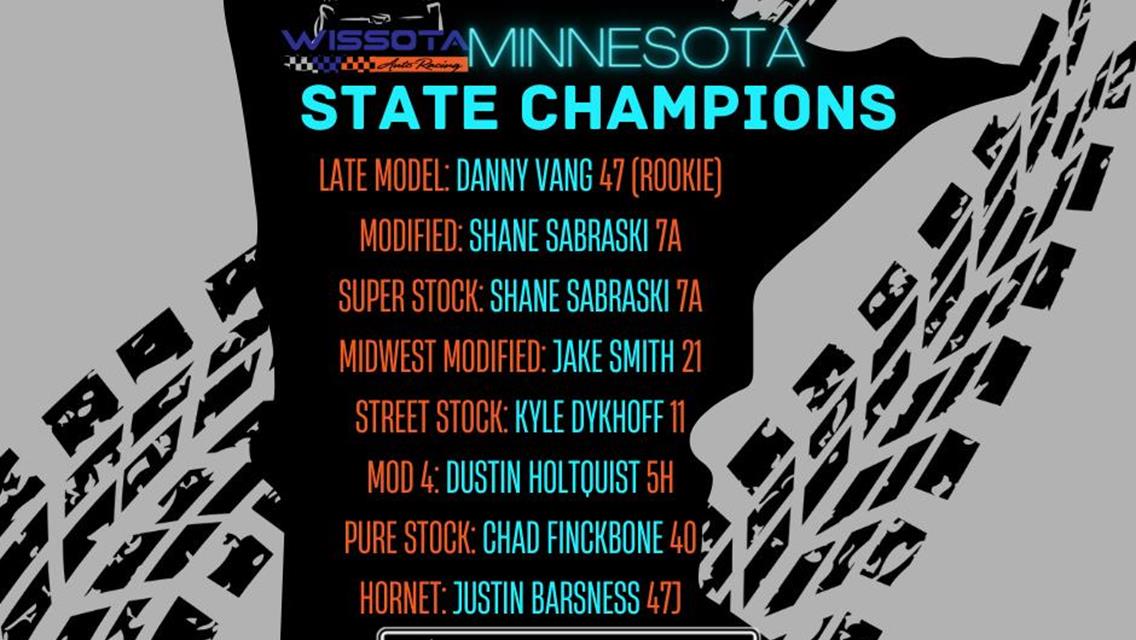 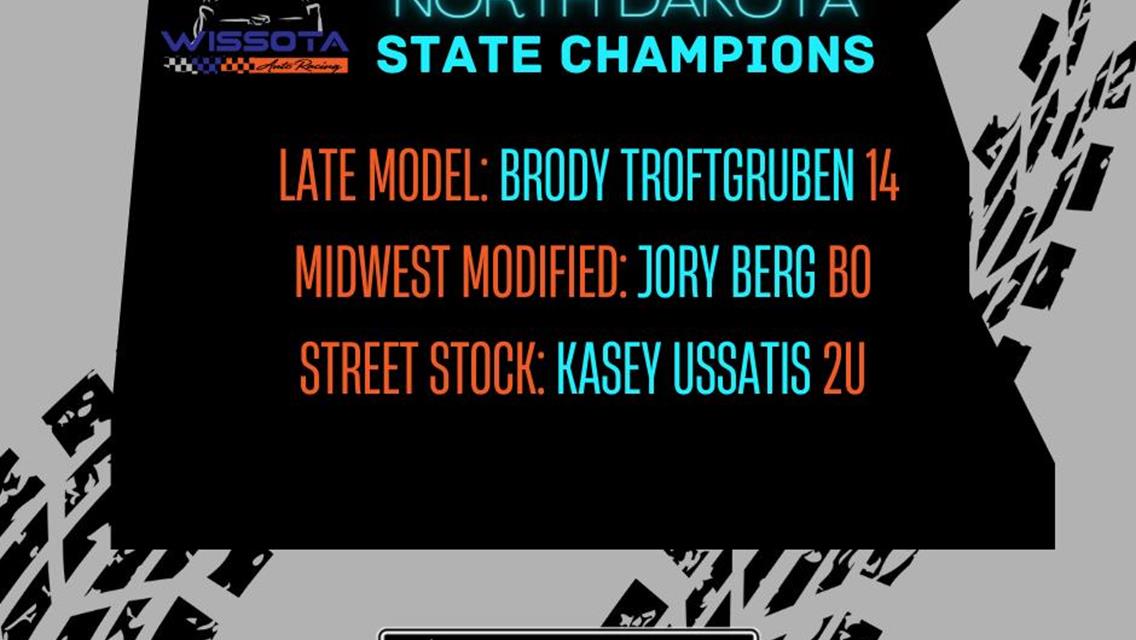 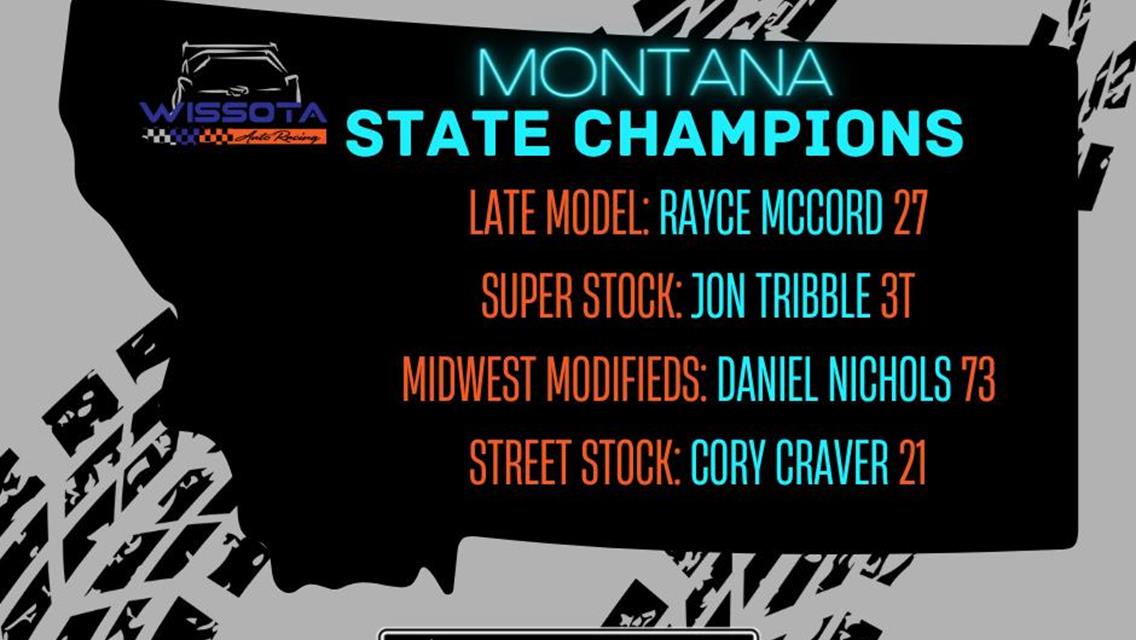 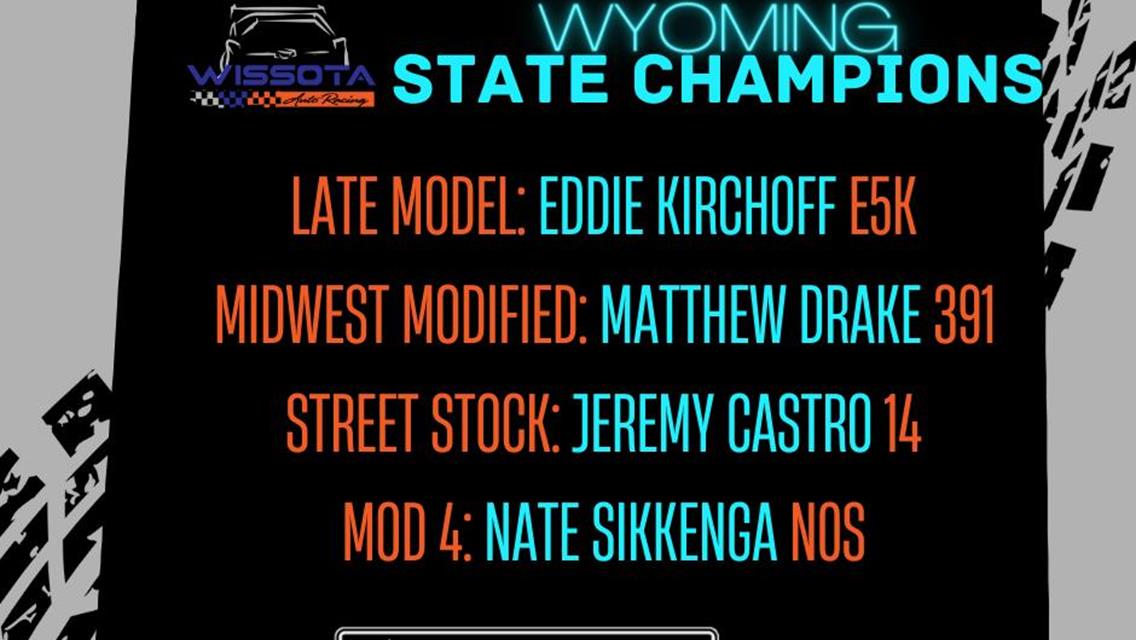 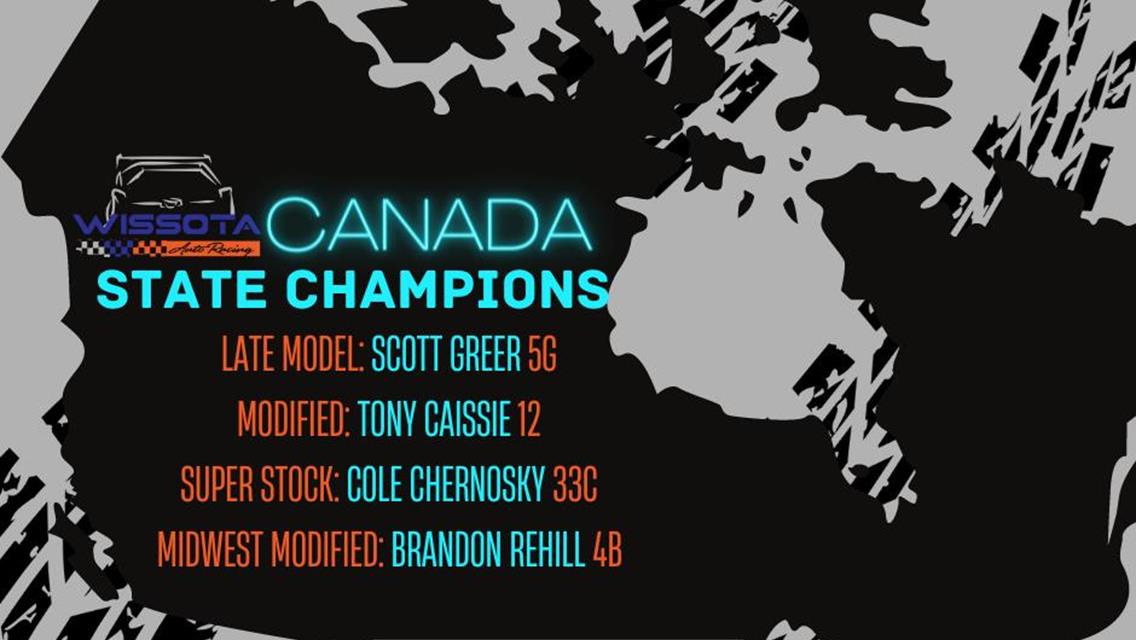 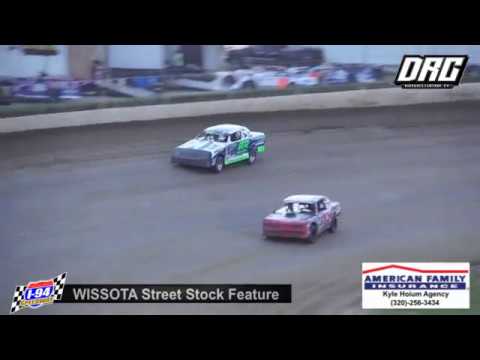 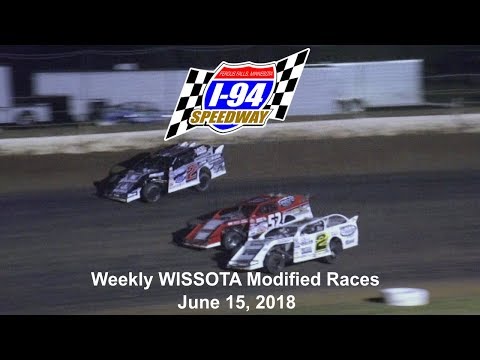 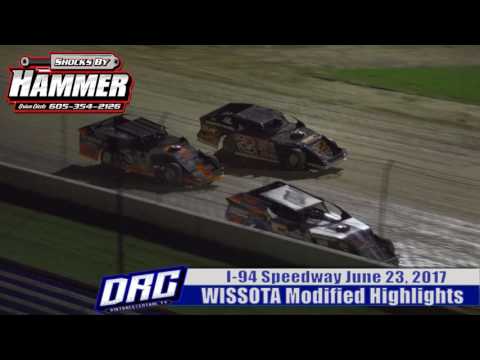 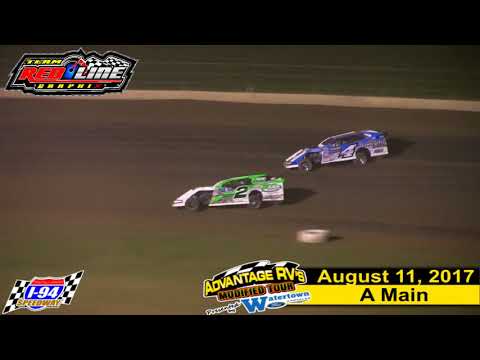 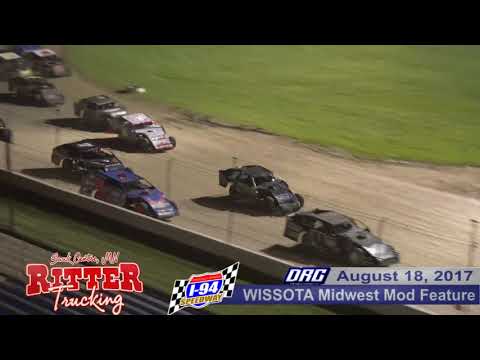 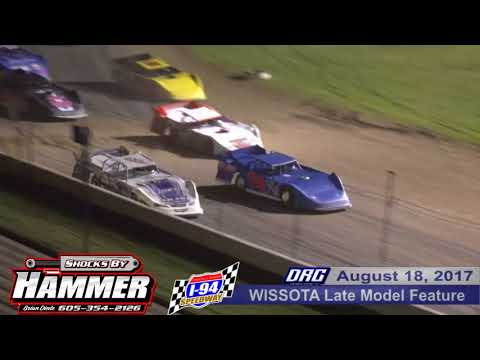